In 2004, I had a lot of foolish ideas. I thought sleeping in someone’s living room for an entire summer — with another person doing the same thing, no less! — was a good choice. I wore T-shirts that were two sizes too big for my skinny frame and looked like I was swimming in them. But there was one thing I got right: playing Final Fantasy Crystal Chronicles.

I have a ton of fond memories from this game, none of them related to the exorbitant and elaborate setup required to play it. Like The Legend of Zelda: Four Swords Adventures before it, Crystal Chronicles was a GameCube game that connected with the Game Boy Advance. That meant needing a GameCube, four link cables, four GBAs, and any charging cables/batteries to power said GBAs for hours on end. It was a disaster, to say the least.

That functionality was also a bit questionable at best. Each player had their own minimap on their GBA screen with a different objective for each dungeon and a bit of information specific to them, like enemy weaknesses or the locations of treasure chests. This was okay in theory, but ultimately FFCC is a cooperative game, so you just ended up sharing that info with your fellow players — or forgetting to pay attention to it at all. You could also go into the menu on your own screen rather than taking up real estate on the shared TV, which was kinda neat.

Both titles were a ton of fun for me. It was the perfect fusion of series that I enjoyed with co-op to get friends involved. But the unwieldy setup made it difficult to want to drag out of storage years later (and god forbid you lost a cable or the battery cover on the GBA or something, because good luck replacing that shit). The Remastered version of Crystal Chronicles, set to release this week, solves that problem and gives the game some much needed upgrades 16 years later.

Perhaps the biggest change is cross-platform multiplayer. While local co-op has been eliminated, you can join up with other players on PS4, Switch and mobile phones this time around, making connections easier. As an added bonus, only one player has to actually own the game — the others can download the demo version and then join your party. I’m not sure 19-year-old me can comprehend how much more simple that is.

Unsurprisingly, the remaster comes with updated graphics, some additional voice acting, a cleaner HUD and a few new post-game dungeons. It’ll keep the same chalice system as the original, which I’m sure will be confusing to a few newcomers in multiplayer mode — what do you mean I have to carry this thing around or we all start dying in the miasma? But the fresh coat of paint and improved character models give the game a nice bit of flair, and there are some tracks on the OST that I’ve always adored and am happy to see getting a second version.

There’s a good chance we tackle this for the YouTube channel, skipping past the inevitable replays of dungeons and just capturing the first run through each. Having fancier visuals and a significantly better second screen can only help those prospects. If you missed out on this years ago because you didn’t own an Illuminati level of technology to play it, give Final Fantasy Crystal Chronicles Remastered a look — particularly if you have friends to join you for the ride. 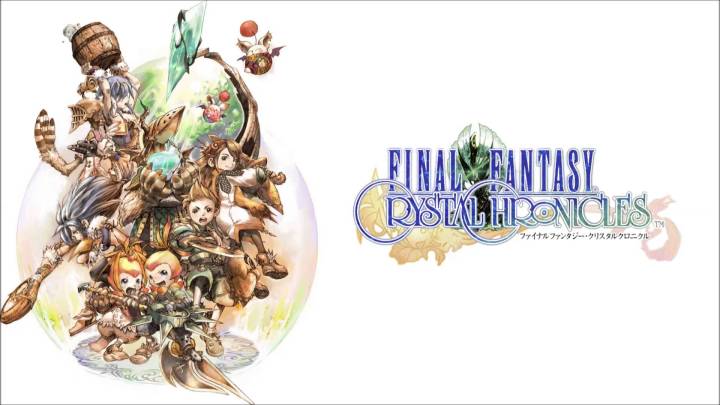