When we first started playing Trails of Cold Steel for the Youtube channel, I was pretty confident that I was going to enjoy it. I may not have been able to complete Trails in the Sky due to my old computer dying, but I was optimistic that Cold Steel would still be a good entry point into the series. Our playthrough was really fun, but I’ll admit that I was very unsure of where the story was going. That unpredictability of course made the ending incredibly unexpected and exciting, and the finale of the first game is a big part of why I’ve been enjoying Trails of Cold Steel II as much as I have been. You can check out the start our current run here. 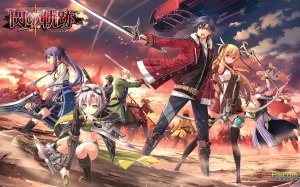 Warning: There are minor spoilers of story elements and characters that we haven’t reached yet in our recordings! If you’d like to experience these moments along with us, stop reading here!

Trails of Cold Steel II is one of the few sequels I’ve played that takes full advantage of the momentum established at the end of the first game and completely runs with it craft an excellent, high-stakes story. There’s no generous tutorial or expository dump of what happened previously to reintroduce the players or familiarize new players with the game (which why anyone would play this sequel beforehand, I have no clue), it just sucks you in with its compelling introduction and character dynamics. It’s at this point that Rean is finally given some much needed character development, which couldn’t have been incorporated at a better time.

In the first game, Rean is largely a blank slate. It’s clear that he’s loyal and cares greatly about his friends, and it’s this compassion that allows him to be able to help all of his classmates in Class VII overcome their own strife and problems. Unfortunately, this doesn’t leave much room for Rean himself to grow and change, and the sequel takes advantage of his isolation to reinforce just how alone he feels. Rean feels like a complete failure, and it’s the first time that we’re really exposed to this darker, more tormented side of his personality. He actually has flaws outside of being comically dense and oblivious to girls having crushes on him. He has serious anxiety issues and an increased amount of doubt that lets us glimpse a hint to the person he was before joining Thors Military Academy, and it’s greatly appreciated. 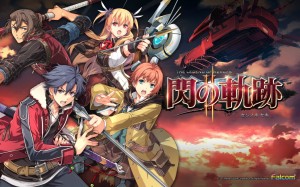 The rest of the cast is, of course, great as well. Many of their character arcs continue from the first game, (such as Alisa’s resolve to prove herself to her mother), while also adding new nuances to their personality. I particularly noticed this with Laura and Jusis: Laura, with all of her strength and poise, is legitimately intimidated by the generals that come to her home, and it’s in this moment that, despite her status as the strongest member of Class VII, she still has a long way to go to earn her place among the high-ranking figures in the military. She’s given more incentive to become strong and train harder, but I appreciate that it isn’t said outright. For that matter, she doesn’t seem to be quite so fixated on training all the time like she was in the first game (although I haven’t had a free day to hang out with her yet, so we’ll see if that changes or not), and I like that there’s more to her personality now.

Similarly, in the first game, Jusis is strongly adamant that the role of nobility is to lead and guide their people, and while it’s talked about a lot, we don’t get to see this in action. In Cold Steel II, we get to see witness Jusis acting on his convictions firsthand, returning home to a hateful father and being involved in a conflict that he wants no part of simply to protect the citizens in Bareahard (we’ll see if Jusis makes a liar out of me yet, but this is based on my interpretations of the character and how he tends to act). It’s excellent character development that shows us how far these characters are willing to go for their ideals, and rather talking about these ideals, they actually get to follow through with them. 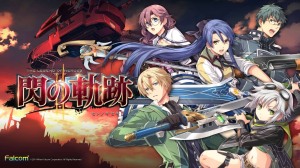 These observations of Laura and Jusis leads me to another point: Cold Steel II is fantastic at introducing new conflicts and ideas to flesh out the country during this time of war and solidifying Class VII’s place in the conflict. In addition, with the stakes being raised significantly because of the civil war, Cold Steel II feels distinctly different in tone than the first game. Cold Steel was a fun, light-hearted school romp that had some serious moments sprinkled in, and while it was enjoyable, I much prefer the more mature, consistently serious story-telling in Cold Steel II. I’m excited to see where the story continues to go.

As always, the music continues to be amazing. I absolutely adore Valimar’s battle theme, and I legitimately get excited every single time Rean summons him to assist in a climactic battle. The formula in Cold Steel II is similar to the one seen in the first game (leave the hub world, explore new region, complete quests and objectives, fight enemies with the aid of Valimar, return to hub world and have a free day to hang out with the Wind Bros, rinse and repeat), but it feels less strict and formulaic since it’s not in the confines of a school setting, resulting in a structured act that feels more organic and cohesive instead. I enjoy the formula a lot more here, and I’m not going to get tired of it anytime soon.

Needless to say, if it’s not clear in our recordings already, I am absolutely loving Trails of Cold Steel II, and I’m really happy that Cold Steel ended up being my ultimate entry point in the series. These games are rich with world-building, mature story-telling, and nuanced character development complemented with an amazing soundtrack that never ceases to impress. I may not have any idea what direction the story of Trails of Cold Steel II is going to take or how it will end, but I think this game will definitely rank among my favorites.