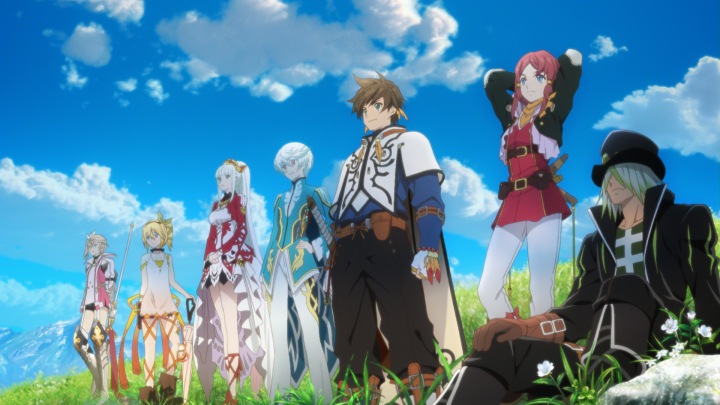 Tales of Zestiria exists in a weird place in my heart. Obviously I’m a huge fan of the series, yet Zestiria just didn’t click with me. It’s a game I really wanted to like, but could never seem to embrace fully.

There’s a few reasons for that: we tried to record it for the channel before schedules fell apart, leaving the game in the lurch; the equipment system is garbage and the camera goes wonky in tight quarters; the human/seraph divide dictates your party and makes 4-player co-op extremely difficult.

Still, the characters were all really interesting and the plot is among the Tales series’ best. I’m finding that I’m enjoying the anime (and its drop-dead gorgeous animation) more than going through Zestiria on the PS4. It’s sort of the best of both worlds.

Berseria, the next Tales game, has been released since the last time we played any Zestiria. It seems to have corrected a couple of those glaring issues, and I’m really excited to get back to it when I get the chance. Zestiria? Not so much, but I’m actually hopeful that watching the show will rekindle a spark and make me want to play through the story myself.

You know what else helps? This song. Rising Up plays during one of the most important battles of the game, and it’s one of the best tracks Go Shiina has ever done for Tales. Nothing against Sakuraba’s yeoman work, but…we might need to consider giving the reins to Shiina for more full-fledged soundtracks like Legendia if this is the end result.

Music to My Ears covers soundtracks or individual songs from video games. You can view all posts in the series by clicking here.

One thought on “Music to My Ears: Rising Up”

Leave a Reply to Paul and the Backlog Cancel reply