Note: This article is inspired by a speech I wrote for Academic Decathlon in my senior year of high school. I’ve rewritten it in article form to make it less dramatic and more concise. Enjoy!

For years, I’ve been arguing with myself over which is better – sad or happy endings? Both have their strengths and weaknesses, but which one is the better ending? Which one has the most power and impact? Well, I could be lazy and take the middle ground with the conclusion that “both are good in their own ways”. But it’s more than just whether they’re strictly “happy” or “sad” that makes them worthwhile.

The first time this conflict of which was better became apparent to me was after Lost ended. It was a great show, constantly depicting the tragedy of each character’s life, and I was at first frustrated (and confused) by its finale. For the longest time, I couldn’t shake my feelings of sadness for the fictional characters that had passed on, and why it had ended in such a needlessly tragic way. Watching the show, I wanted a happy ending for the characters, so when that expectation wasn’t met, it was a hard fact to swallow. 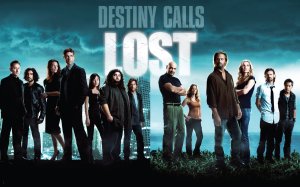 But I had to wonder why on earth it was bothering me so much in the first place. Why couldn’t I accept a decision that was always out of my hands? I was simply the audience watching the story, so why should I be angry about their decision? Why was it so bothersome? It wasn’t until I realized that, through this heartbreaking resolution, the creators of Lost had achieved a higher level of storytelling, that it started to make more sense.

On the surface, Lost was a show with a “sad ending”, but in truth it was so much more than that. It was bittersweet because it forced its audience to consider the human condition and mortality. If the show had ended happily, this theme wouldn’t have resonated so strongly as it had throughout the rest of the show; it was because of this ending that the show is considered a masterpiece, because it doesn’t cater to the audience’s predictable wishes. The themes of life and death are driven home, and aren’t cast aside in favor of a joyous ending where everything is tied up in a neat little bow. This isn’t to say that the happy endings where everything is ideal are bad; but they sometimes lack the grating realism that sad endings have.

The Harry Potter franchise is an example of a series where the “happy ending” didn’t feel real to me. After finishing it, I was at first relieved that the heroes weren’t killed and lived peaceful, happy lives, but it quickly became apparent to me that it went out of its way to be overly pleasing. In its endeavor to be perfect for its audience, it lacked a certain power that other stories had on me. It didn’t resonate with me the way other stories did because it didn’t feel realistic. It was the very definition of a happy, ideal ending with everything tied up in a neat little bow, but in exchange it lacked the power and values that people cherish during times of tragedy. So while these endings are satisfying, they don’t always achieve the same level of power.

And then there are the sad endings that fail to be satisfying or meaningful – also known as Mockingjay. Simply put, I did not enjoy Mockingjay. The epilogue was handled pretty well, and bittersweet in its messages, but outside of that, the ending displayed an unfavorable shift in tone from the first two novels. I felt the audience was completely ignored in favor of a questionable artistic vision. It was unsatisfactory, and lacked any build up from the preceding novels. In that way, it didn’t feel realistic and failed to tie any themes or ideas together. It seemed like Mockingjay was trying too hard to be a “sad”, brutal ending, but it failed to drive any themes of life and death home the way Lost had. It was just being depressing for the sake of it, and that there was no purpose to it. It lacked any power that a sad ending can usually convey, and because of it, Mockingjay’s climax felt empty and meaningless.

It’s become more apparent to me that to have a strong “happy” or “sad” ending, it needs to have relevance and purpose to the story as a whole. It’s not just a question of a “sad versus happy ending” – it’s more of why the ending is sad or happy, and what it contributes to the story. This decision lies completely with the author of the piece, and it can be a difficult balance to achieve.

For instance, in a recent interview, Hajime Isayama, the author of critically acclaimed manga series Attack on Titan, expressed doubts over how he would end the series. Isayama originally planned to end Attack on Titan in a tragic way, but with the huge success of the anime and manga, he’s considering changing it so as not to betray his fans. Fans fervently expressed their thoughts in favor for one ending or the other, and for me, I was initially relieved that he was considering a less tragic alternative.

But the more I thought about it, the more it occurred to me that I wouldn’t completely hate it if it had a depressing ending either. The tone of Attack on Titan is extremely brutal, and the glimmers of hope that present themselves throughout the series are often snuffed out. The themes of mortality and helplessness are apparent, and a tragic ending would certainly drive those themes home. A “sad” ending would be memorable and meaningful to the story as a whole. Though this is not to say that I wouldn’t be bothered by a depressing ending – I would, but at the same time, it would force me to accept the story’s overall themes and messages. But I ultimately came to the conclusion that it wasn’t my choice to pick favorites, and that the way Attack on Titan’s ending plays out would be the author’s choice regardless of my personal feelings.

As an artist, one must consider the ending every time they create a piece – how a certain ending will affect their overall vision of a piece. When writers write, they constantly consider the plot and whether or not they should go out of the way to satisfy their audience, or do something more unexpected that will be more profound and more on par with their vision as an artist. It’s equally important to take the audience’s thoughts into account as well, but to not let it completely override story developments either.

The balance of fan satisfaction and artistic vision can be hard to achieve in “sad” endings, but I’ve found that while I enjoy happy endings (aka Fullmetal Alchemist: Brotherhood, arguably having the best, most satisfying joyous ending ever), it always seems that the unexpected, unsatisfying endings that resonate with me the most. It seems to me that a sad ending can more successfully convey ideas that would otherwise be overlooked in a happy ending. Sad endings may contradict my ideal vision of how a story should end, but it’s because of those contradictions that they’re the most memorable to me. They have a brutal authenticity that is more reflective of the natural state of the world at large; tragedy ensues, and not everyone can live joyously without strife. Fictitious stories have the liberty of conveying either idea, and it’s up to the audience to decide which value they prefer. Though sad endings may bother me to end, and though I may not like the justification or the creator’s artistic intentions at the time, I appreciate them because they have more depth and value as a whole.

2 thoughts on “Sad vs Happy Endings – Which is Better?”