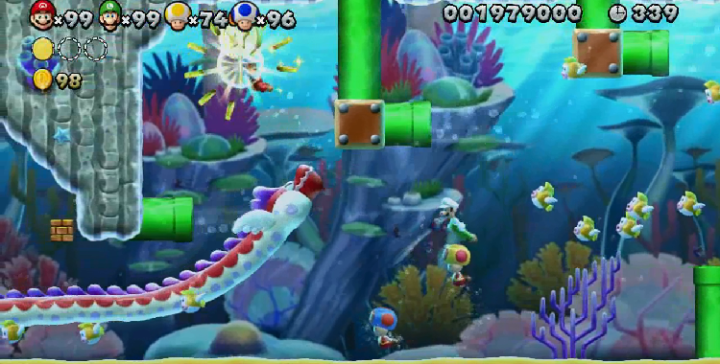 That’s not a Pokemon! That’s a Chinese myth dragon!

We’re playing New Super Mario Bros. on the Wii U! Thanks to Doug Fiala loaning us his system, we have a chance to play through this brand new co-op adventure. Will Luigi stick to his guns as a mass murderer? Will Yellow Toad stick to his guns as an Australian drug addict? Will the acorn become everyone’s new favorite power-up? Only time will tell.

Chris, Shaun, Jason and Tech Guy are back, taking on a brand-new game in this series. We still want your requests! Have a game you want to see us play next? Let us know in the comments or by sending us an email. Now that this is a series, we’ve created its own page, which you can see here. It’ll list all the games we’ve done so far and what might be coming next.