Some MAJOR things happened this episode, drastically changing the character arcs of some of Star War’s biggest characters. So I think it’s safe to say that just about everything I write in the piece is a potential spoiler. Normally I try to avoid posts that are 100% spoiler, but with this being the season finale and us fans inevitability having far too much time between now and next season to discuss all of this I figured I’d make an exception. That being said, if you haven’t watched up to the latest episode of The Clone Wars (and you don’t want the finale ruined for you) then stop reading right here.

Again. THIS POST CONTAINS MAJOR SPOILERS FOR THE CLONE WARS.

Ok, now with that out of the way… 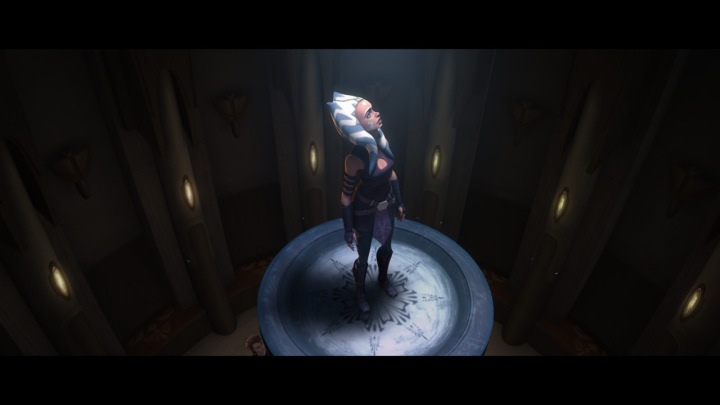 HOLY COW! What an episode! We solved the mystery of who was behind the bombing (which wasn’t that much of a mystery if you payed close enough attention), Anakin gains a small amount of empathy for Ventress, and Ahsoka was expelled from the Jedi. As many of the voice actors have pointed out, we are clearly well on our way to Episode 3 here with the end of Season 5.

The Republic is becoming more and more like the Empire we know and love [to hate], Anakin is becoming more and more disillusioned with the Jedi Council and the Order as a whole, and Ahsoka has finally made her exit from the life of both Anakin and Obi-wan. Don’t get me wrong of course, I’m sure she’s still gonna be kicking it around the galaxy (and will probably still get her fair share of episodes). But the big questions that loomed over the show from Episode 3, like why no one mentions Ahsoka, or if Anakin killed her at the Jedi temple… have more or less been answered. 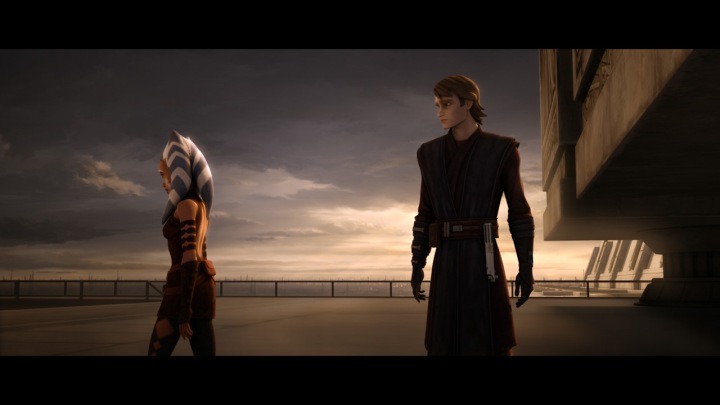 The fact of the matter is that Ahsoka is no longer a Jedi. She no longer belongs to the Order and as such, must strike out and find her own path through life. As this arc was heading towards its close, I remained hopeful that they’d go with the “Ahsoka leaves the Jedi” path, instead of the “Ahsoka dies because George wants her dead” path. The fact of the matter is that there is just so much more story waiting to be told if she isn’t just killed off, and with the Jedi Council themselves being responsible for her departure, that only helps to further deepen the (frankly uncalled for) distrust that we see from Anakin towards them in Episode 3.

His faith in the Jedi Council has been shaken, and he now has all the more reason to side with the Chancellor and the soldiers (like Tarkin) that are just “regular” people doing their best for the Republic. After all, Tarkin is simply a man; the Jedi Council is supposed to be a supernaturally wise group of leaders. So when it comes to who’s at fault for putting an innocent Ahsoka on trial, the bulk of the blame certainly doesn’t fall on Tarkin, he’s just doing his job. If anything, he should be commended for sticking to his guns against the Jedi (he’s gotta work his way up to Grand Moff somehow!). 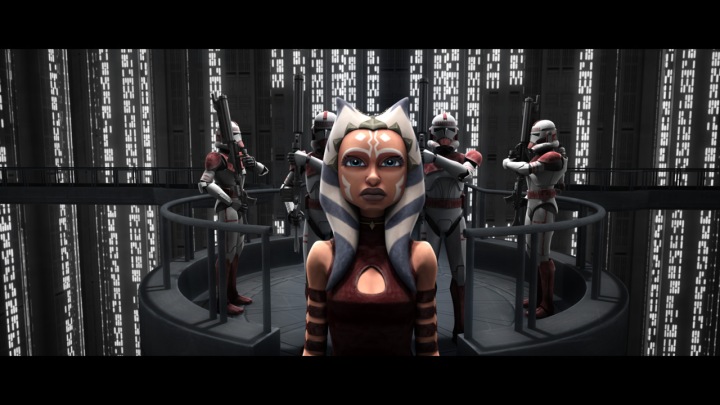 That being said though, perhaps the biggest stories yet to come or those of Ahsoka’s. We’d learned in Season 3 when Ahsoka is visited by her “future self” that if she wanted to make it to that “future” then she needed to distance herself from Anakin. She has now moved one large step closer to fulfilling that goal. What’s more, Ahsoka has now seen that she isn’t without friends in “low” places. Her and Ventress have a LOT in common now, a fact that even Anakin seemed to understand when he confronted Ventress in this last episode. Who wouldn’t want to see Ahsoka and Ventress team up for some high-flying bounty hunting action?! I’d buy ten tickets to that movie! A former Sith and Jedi, teaming up to take up some of the biggest scum and villainy to have ever plagued the criminal underworld… Sure it’s a bit of a long shot, but I really hope that’s the direction they take with her character. 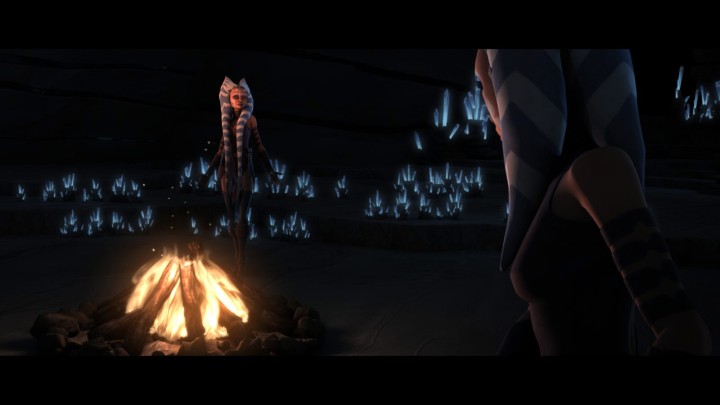 What’s more, now that Ahsoka is familiar with Level 1313, who’s to say that she doesn’t post up down there and make it her home? While I think we can safely guess that the “mystery” protagonist of the 1313 game is probably Boba Fett, it would certainly be pretty cool for him to head down there and meet up with his old bounty hunting buddy Ventress and her ex-Jedi partner (I’m sure the fan-fics are being written already). The possibilities are endless! 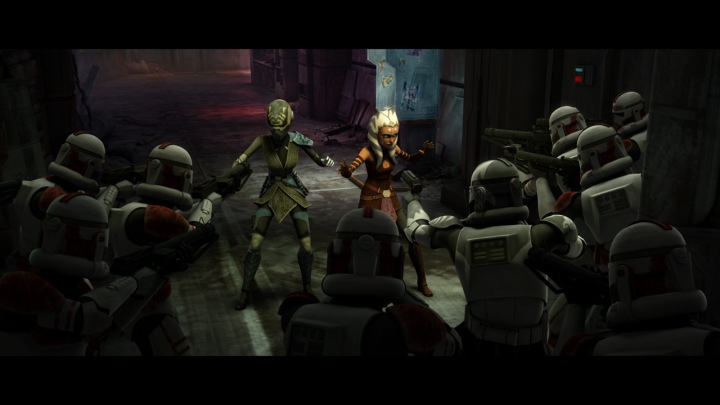 And while I think the chances of Ahsoka making it into Episode 7 are next to non-existent; the fact of the matter is that now it’s possible! Perhaps with the rise of the Empire she goes into hiding, only to resurface an old and matriarchal ex-Jedi who is more than willing to assist the son of Skywalker train a new generation of streetwise and practical Jedi. Maybe even Ventress can come! Jedi probably need their version of Snape to teach “Defense Against the Dark Side” classes right? Right?!

Anyway… all that matters now is that the sky’s the limit! And with a new boss behind the reigns who loves keeping their characters around (Disney), the possibility for Ahsoka living through the Clone Wars and having her own stories has never been better! Leaving the Jedi Order was not only the right thing to do for herself, but for her future as a character. And I for one can’t wait to see what’s one the horizon for both Ahsoka and Star Wars as a whole! 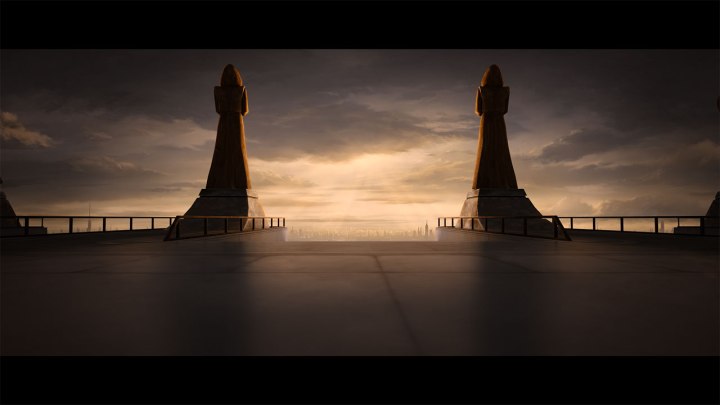 One thought on “Ahsoka Tano & The Season 5 Finale”

Jason is a Psychology Major with a Minor in Communication who graduated from NAU and was introduced to Chris through one of those friend-of-a-friend situations. He met Shaun before Shaun decided to be a bitch and move to Chicago. Email him at mail@atthebuzzershow.com. View all posts by Jason