This is probably the only post about tennis we’ll ever have.

I think I’m the only person at At the Buzzer 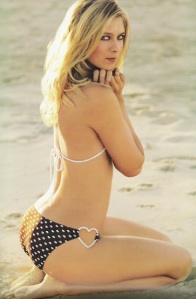 who even remotely likes tennis, which means our resident sports guy (Dave) and basketball guy (Shaun) are out of the equation. Does my love for tennis have anything to do with my love for Maria Sharapova? No. That’s ridiculous. You’re ridiculous. Shut up.

Anyway, part of that tennis background goes back to my youth — tennis was one of the few sports my mom kept up on, which meant that Pete Sampras, Andre Agassi and Steffi Graf were on my TV screen more than mainstream stuff like baseball. (It also meant more figure skating than I’d care to remember, but let’s not talk about that.)

I tried out for the high school tennis team my freshman year. Sure, I only had about two months of tennis lessons as a kid and a smattering of practice as a teenager, but apparently I thought it was a good idea anyway. Someone at our academic-focused high school said it’d be a good idea to go out for sports to help my college resume. These were the same advisers who thought a C+ in honors chemistry meant that taking AP physics the next year was a good choice, though, so looking back I kinda wonder how valid their suggestions were.

Tryouts lasted for a miserable hour and a half, with the only positive being that I managed not to get bageled. That’s right, yours truly posted a solid 6-1, 6-2 loss in the first round — and honestly, as bad as my serve was, I was probably lucky it wasn’t worse.

I think I’ve only played tennis once since then. I shifted over to racquetball in college because it’s easier to be mediocre at racquetball. In tennis, the ball goes all over the place on bad shots; in racquetball, the walls eliminate that problem. But I still kept an eye on the sport, especially when Novak Djokovic hit the scene. I like that guy.

All that background info leads up to last week. I put the finishing touches on the new episode on Thursday morning and noticed that Rafael Nadal was headed to a fifth set against a guy I’d never heard of before. Turns out I wasn’t alone — nobody really knew who this guy was, because he’d lost in the qualifiers (not even the main tournament) each of the last five years. So I turned it on to see what was happening.

I ended up watching what might have been the most compelling tennis I’ve ever seen. Just look at these fifth-set highlights, and tell me which player looks like the second-ranked man in the world:

See, this is what I like about sports. I like stories about underdogs. I like the drama of improbability. I like that sports gives us a platform where we can call up our friends and say something as simple as “are you watching this?” and immediately strike up a conversation.

Rosol had no business winning a set from Rafael Nadal, let alone the match. But he decided that for one day, he was going to go for broke, realizing that he didn’t really have much to lose. In doing so, he put Nadal back on his heels, so much so that one of the best returners in tennis history looked lost as Rosol kept pummeling shots back near the baseline and thundering serves up the middle. Everyone watching kept looking for the moment when the 100th-ranked player in the world would crack under the pressure, that millisecond where he realized the stage he was on and the odds that were stacked against him. Instead, he simply closed out the match with eight straight points on his serve. Nadal needed to break Rosol and never even got close.

Events like this are pretty rare in sports. I’ve managed to catch a few amazing performances in my life, like the entirety of Randy Johnson’s perfect game or the Diamondbacks’ World Series win in Game 7. But each time is a reminder about why so many people care so much about sports, even in the midst of overblown contracts, drug use, blowing off your hometown city to host a one-hour TV special about joining another team…you get the idea. Sometimes there’s plenty of good to outweigh the bad. 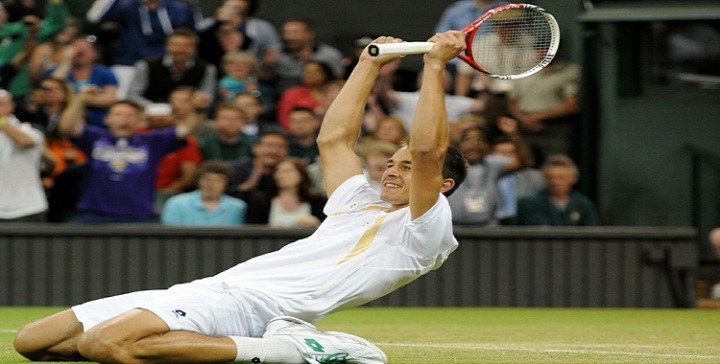