During some of the buzz leading up to last week’s release of The Legend of Zelda: Skyward Sword, a few gaming outlets dared to wonder the impossible: Could Skyward Sword be better than Ocarina of Time?

At first, I’m sure a few people found that idea to be outlandish. OoT is held up as the gold standard in gaming, after all; it received a litany of awards and perfect 10s when it came out more than a decade ago, and introduced the Z-targeting system found in hundreds of games today. And now this upstart game on a dying console was supposed to supplant what some would call the best game ever?

Well, believe the hype, folks. Skyward Sword is the best Zelda game ever made.

If you’ve listened to the show before, you know that I wasn’t crazy about Ocarina of Time. Yes, it’s both an excellent and influential game, but personally I feel like there are better titles within the Zelda series, let alone the rest of gaming. For me, the top spot has always gone to Link to the Past, partly because of childhood nostalgia and partly because of how good the game actually was.

Still, Skyward Sword manages to dethrone LttP on my list thanks to its ability to do everything well. The game is full of subtle references to the rest of the series that would take too long to list here. But here’s a taste: 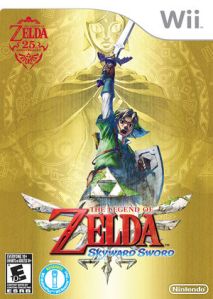 Why are these references important? Aside from being awesome, it also harkens to SS’s greatest strength: it encapsulates and improves on just about everything the Zelda series has had to offer to this point.

Gone are the days of “enter dungeon, find item, use item on boss.” Sure, you’ll pick up a new ability or treasure in each place you visit. But Skyward Sword is much more content to give you a group of items to work with and then find new ways to use or combine them. Instead, this is an experience tailored much more to your awareness as a player. There are secrets everywhere to discover, and they will depend on your ability to observe your surroundings and use your items in creative ways.

That theme also applies to the game’s control system. This is motion control as Nintendo intended it, and while most developers struggled to make use of the Big N’s technology, clearly the company has figured it out in-house. Sword controls feel natural, and exploiting a monster’s weakness with a particular slash turns combat into its own sort of puzzle, adding to the overall experience. Plus, using the Wii Motion Plus makes flying through the skies a much more engaging experience than sailing through Wind Waker’s waters, even if there’s less to do. And the biggest revelation of all may be two different sets of easy-to-access wheels that contain items — now switching is as easy as a flick of the wrist instead of having to pause every time. 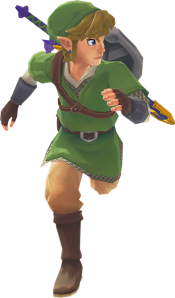 Graphically, Skyward Sword somehow manages to make sense of its two predecessors to create a vibrant style that should probably be the hallmark of the series going forward. A lot of people complained about Wind Waker’s cartoony cel-shaded graphics, wishing for a more realistic, grown-up look — only to find Twilight Princess to be a bland, brown, lifeless world. SS takes the facial expressions, vibrant colors and personable characters from WW and combines it with TP’s more serious approach to create the perfect blend. Yes, the game might look better if not limited by the Wii’s 480p component setup, but that’s a pointless argument. It’s still beautiful in its own right.

Perhaps the biggest improvement of all is the music. For the first time, a Zelda game features a majority of fully orchestrated tracks, similar to the bump Mario got in the two Galaxy titles. The Zelda series has always had great music, but now those strong melodies have the backing of real instruments to make everything sound even better. This was one area that Twilight Princess got completely wrong, so it’s nice to see that those days are a thing of the past.

Fans of the show (or of our previous project, Checkpoint) know that I’m a video game music aficionado, and this is one area where SS delivers in spades. From the familiar file select/fairy fountain tune to the ubiquitous Skyloft theme, from soaring through the sky to battling underground, there’s a ton to like.

I’m probably not going to change anyone’s mind on Skyward Sword. Odds are you’ve already been enjoying the game for a week, or you hate America and you’ve steadfastly refused to pick it up. And there’s a ton more to this game than I’ve covered in what is already a 1,000-word review. Suffice to say that if you enjoy video games or have ever liked a title in the Zelda series, then you owe it to yourself to pick this up immediately. It sends the Wii out with a full-fledged bang. 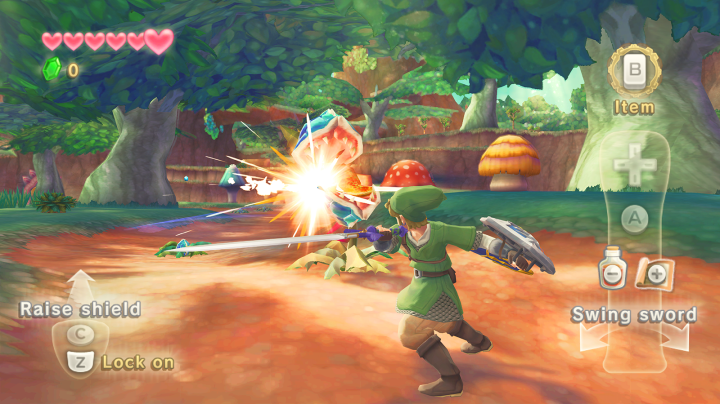 2 thoughts on “Review: The Legend of Zelda: Skyward Sword”